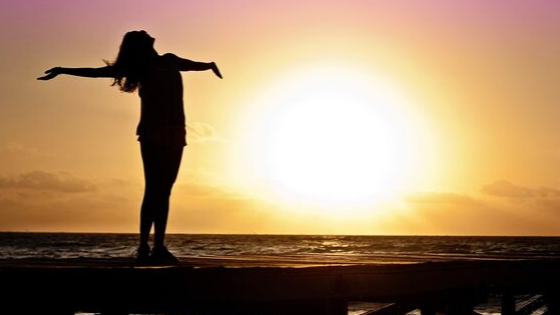 One month ago today I went for a screening mammogram. I had mammograms in the past as well as a lumpectomy in my younger years so I was not nervous at all.


They Found a Lump in my Right Breast

My mammogram was with contrast. I have dense breasts and my doctor recommended using the contrast. The tech left to show the images to the Radiologist. When the tech came back she told me the Radiologist saw a lump she wanted to ultrasound.

Waiting Room for the Breast Ultrasound

The tech took me to a separate waiting area.  There were three of us.  One lady was on her phone, one was looking at a magazine but not turning the page and I was trying to not worry. A week previous  I had watched a documentary on Netflix called the “The Long Goodbye-The Kara Tippetts Story.” A courageous wife and mother turns her terminal breast cancer journey into this beautiful documentary. The movie popped in my head. Kara died.

The lump was classified as Suspicious

After I had the ultrasound the tech left the room and came with the radiologist. The lump would need to be biopsied.  She said 80% of lumps were not cancer and not to worry. I was asked if I had questions and I honestly was so shocked that words would not come.

I headed to work and tried not to worry but that was impossible. The good news was they were able to do my biopsy the same week. I wanted it over as fast as possible because the results from that biopsy would take 3 to 4 days.

Breast Biopsy on the wrong Lump

I was nervous about the breast biopsy appointment. The techs were very professional and tried to make me as comfortable as possible.  They were having issues finding the lump. The doctor came in and thought she found the area.  They would place a clip and do a couple of images to make sure the clip lined up with the contrast-enhanced mammogram from a few days earlier. I was informed the clip did not line up and the biopsy was not in the correct area. This happens with dense breasts I was told.

The ultrasound-guided biopsy failed so the radiologist recommended an MRI of the breasts. If the lump showed on the MRI, another biopsy under MRI guidance would be scheduled. The MRI is a piece of cake if you are not claustrophobic which thankfully I am not. They gave me IV contrast and was instructed to lay on my stomach. I went in and out of the MRI machine staying as still as possible. They were able to see the lump and the biopsy was recommended.

The Biopsy was going to be another week.  At this point is when the real worry and anxiety set in. Thoughts like “I am going to be a grandmother for the first time in a few months” or “I just got remarried four years ago” and “What about mom?”

The Day of the Appointment

The day of the second biopsy could not come soon enough.  My mindset was not to think about it just get it done. The day ended up being Mitch’s birthday. He had been to all of my appointments with me and was so supportive.  He has his diagnosis of prostate cancer to deal with.

When you are waiting for results you jump every time the phone rings. Day three came and went with no call. The call came in on the fourth day. I recognized my doctor’s office number.  Taking a deep breath and saying a prayer I answered on the second ring.

Benign is such a wonderful word.  From the finding of the lump until the final diagnosis spanned a total of three weeks. I was so thankful and blessed to get a benign diagnosis. I was quick to share my good news and my thanks for all the people who prayed for me. Going through those three weeks was a reminder that life is short and we should not take it for granted.

How to Get Hired as an Affiliate Marketer

Echo dot is one of my favorite amazon products